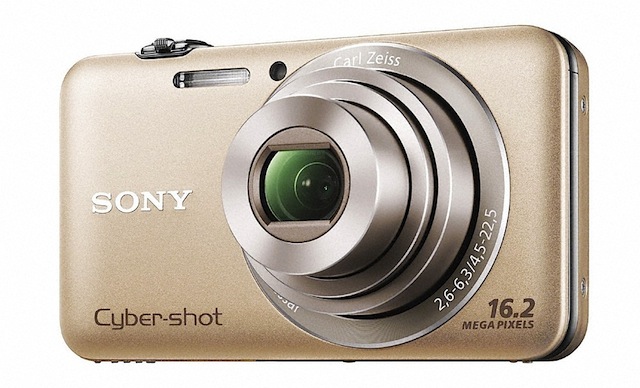 I just bought a Sony DSC-WX30 and the filter settings for black and white (monochrome) photos are missing! The rich black and white photos take about 5 seconds to process even on the fastest SD card before you can take the next shot and you can’t adjust how much the filter is used. :(

Pro and Cons of the Sony DSC-WX30

Pros: It can use SD cards. Not so much noise.  The shots taken with the food settings look quite good and the toy camera shots are fun. It is quite small and lots of other companies are making screen protectors for it. A nice little box for a little camera. The lack of packing is also a plus for someone that likes to keep everything :)

Cons: It’s the worst camera in the world for taking black and white (monotone) photographs. The rich-tone monochrome photos take about 5 seconds to process even on the fastest SD card before you can take the next shot and you can’t adjust how much of the filter is used. Your shots look great in black and white until you push the button and the camera turns them into a sketch like image. Where is the setting to just take a black and white (monochrome) image?????? :( I wouldn’t get one of these until the firmware update is released to fix the problem.

Sepia was left out of the filter settings.

You can’t choose your own color with the partial color filter only the colors in the menu (red, green, blue and yellow…)

There isn’t a color shift/adjustment setting on the WX30, like on lots of other camera coming out.

The camera doesn’t save your settings properly. If you change the height/position of the miniature camera mode, selecting which parts of the image are in focus and blurred in the menu, and turn the camera off then back on again, it forgets the position/height you set, and you have to go through the menu again every time you turn on the camera.

Short battery life. The man in the shop said 4 hours recharge or 2 hours if you buy the separate high speed charger. * Maybe I was given a high speed charger with my now broken Sony DSC-T30 (the camera will all the right settings including black and white ;) and sepia).

USB 2.0 speed cable connection (*not a problem if you just put your card in a USB 3.0 card reader).

Doesn’t have a 1cm macro mode like some of the other Sony cameras. *Update 2011-09-5th: Macro mode doesn’t turn on sometimes.

None of the Japanese cameras have English menus and the international models cost more here.

If someone is sitting next to you and you take a shot of them with the flash on they get a blast of white light that doesn’t look very nice (auto plus mode…).

2011-10-04th: I tried to take a photo of a dragonfly today and the camera’s macro mode didn’t work properly. I touched the screen where I wanted the camera to focus and everything looked good but when I pushed the shutter button the camera focused on the background and the dragonfly was out of focus. So I looked through all the menus to see if I could just set the camera in macro mode but I couldn’t find anything. After that I went to Bic-camera to ask the Sony staff where the macro settings were. One lady said everything is automatic on the DSC-W30 camera so there aren’t any settings… The lady also said if the colors of objects are similar to the background colors then the macro mode might not turn on automatically… Why didn’t you just add a macro setting to the menu Sony? I hope they release a firmware update soon to fix all these setting problems!

The Sony DCS-WX30 was released and on sale on August 5th, in Japan.

I hope the Sony DSC-TX55 doesn’t have the same problems. Sony is going to do a lot of firmware updates before it releases this digital camera in the shops on September 9th, 2011. 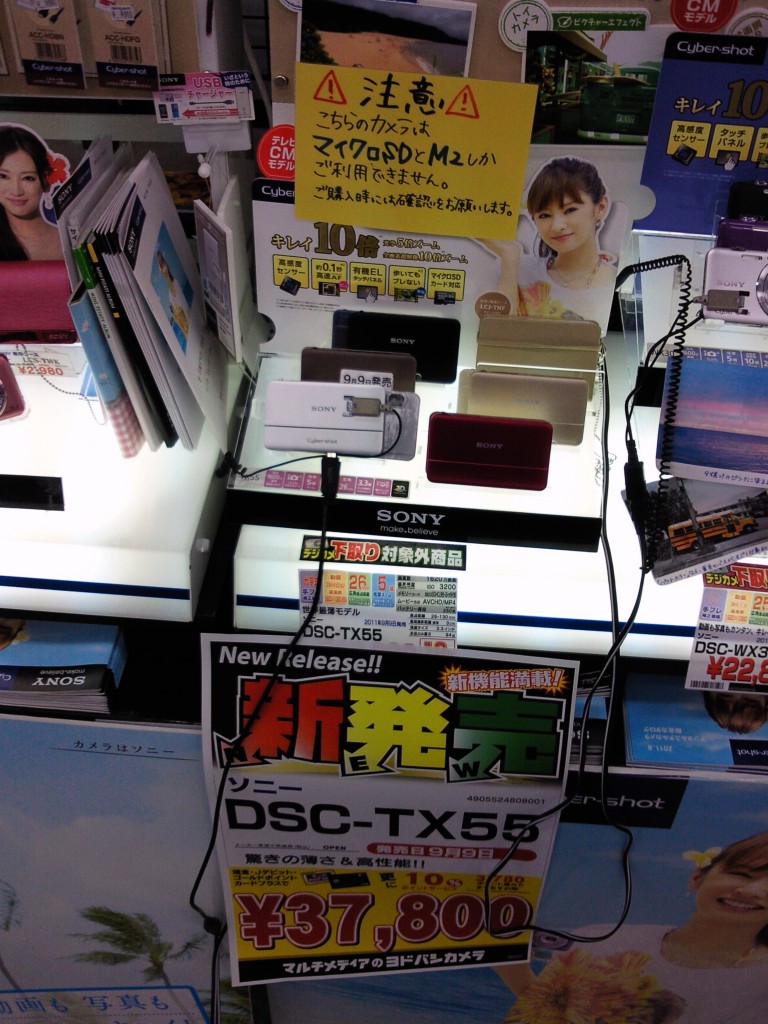 *The warning sign just says you might not be able to use some micro SD or M2 cards with this camera.

2011/09/09th: Nothing was changed on the menu of the DSC-TX55. It has the exact same problems… The settings don’t save when you turn off the camera. Macro modes don’t work properly and there isn’t a way just to turn them on. The level of black and white filter can’t be set either. Women with black hair look like they have heaps of gray hairs (oh no). I hope the firmware fix comes out soon.

I didn’t have time to check how accurate the OLED was but I will after my trip to Australia.

I make a most of the files myself but I can make something like this for you if you send me an email. Have a great day and talk to you again soon.

Awesome! Is your theme custom made or did you download it from somewhere? If I use a design like yours and incorporate
a few simple tweeks it would actually make my website jump out. Please let me know how you got your design. Appreciate it.

Everything is very open with a precise clarification of the issues. It was truly informative. Your website is useful. Thank you for sharing!

A person essentially lend a hand to make critically articles I’d state. That is the very first time I frequented your website page and thus far? I amazed with the analysis you made to create this actual publish extraordinary. Magnificent task!

I checked out the Sony DSC-TX55 at Yodobashi at Sapporo Station today. It has the exact same problems as the DSC-WX30. Very disappointing. The front did slide down smoothly though.

The macro doesn’t work properly. It did a few times but I had to get it to change into macro mode and keep on half pressing the button, time after time, to get it to focus properly. Why didn’t you fix it Sony? Just add the macro mode and magnifying glass mode back to the menu again. Easy!

The black and white shots were also just as bad as on the DSC-WX30. Highlights on the top of my friend’s head looked like they were white lines drawn on, or she had lots of gray hair :p

when you chat with sony rep, they have no idea. as anyone heard of a TX10 (the last waterprofoof cybershot-which i have and love) UPGRADE? The TX55 seems to be the upgrade of the tx110. jj

I hate it that Sony places the mics on the top and not on the front. I don´t want to pick up background noises. Thanks, but I think I will stick to my TX9.

I haven’t heard back from Sony yet. No fix or firmware updates. I’m guessing the Sony DSC-TX55 is going to be released with the same menu problems but you never know. Fingers crossed. I’ve also noticed the 16 megapixel shots on the DSC-WX30 look a bit strange when you zoom in and can see the pixels. It’s kind of like a painting. Not like on any other Sony camera I have had before. I might have to drop the resolution to get clearer shots… I’ll upload a picture of the resolution problem later on tonight.

I wonder if the DSC-TX55 is going to have the same menu. It also looks like it can only use the slower types of memory sticks but I could be wrong.

Please fix the WX30’s settings Sony. It is a nice camera but it really needs the black and white filter level settings fixed. The standard shots on the screen look amazing until we press the shutter button and the filter kicks in. It is impossible to reduce the rich monochrome filter or turn it off. Also the settings don’t save when you use the menu for something like the miniature camera. *Change the position, turn of the camera and then turn it on again. Everything just goes back to the default settings again…

With the macro mode not turning on properly the WX30 needs an urgent update.

I’m having the same problem. Why isn’t that final B&W image as good as the one we see on the screen? :evil: