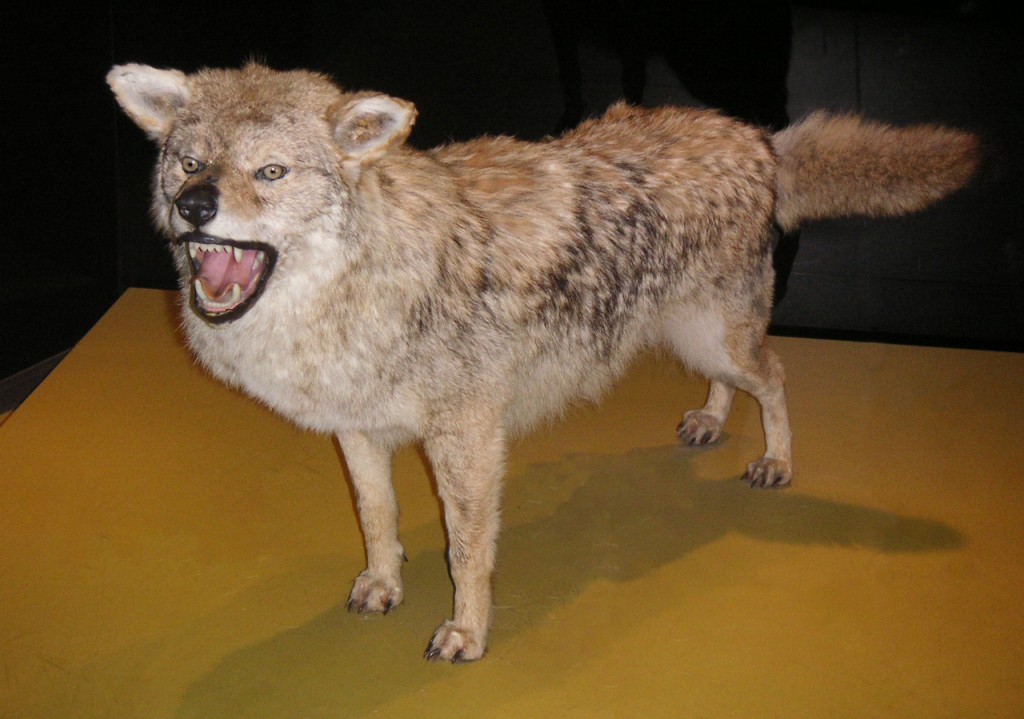 The Ezo Wolf is Gone for Good: A few people I’ve met in Susukino swear these wolves still hang around in the back alleys of Susukino, Sapporo, but it’s usually after a few beers or tequilas, while sitting on a bar stool or at the counter when they seem to appear out of nowhere… Better watch out ;)

* The northern Japanese island of Hokkaido, as well as Sakhalin, the Kuril islands, the Kamchatka Peninsula, and the Iturup and Kunashir islands, used to be where you could find the Hokkaido wolf (Canis lupus hattai, formerly known as Canis lupus rex), also known as the Ezo wolf.

The Ezo wolf was typically grey in color with slightly reddish brown and/or black markings on its body. It was also significantly larger than the wolves found on Honshu probably because of the harsh weather, climate of the area and larger pray like the red deer it used to eat. The Ezo wolf descended from Siberian wolves from the Asian mainland, and the Hokkaido subspecies retained a size closer to their large ancestors compared to the wolves found on Honshu.

2012: Closing Sale: Unfortunately the Ezo Wolf bar was with us only for a short time.

2011-09-20th: Looks like the Ezo wolf is back. There is a Tex Mex themed international bar called El Lobo (エル・ロボ) in Susukino. The address is South 5 West 4, Susukino, Chuou-ku, Sapporo, Hokkaido, Japan (札幌市中央区ススキノ南5条西4丁目9-9 入口南向き). This izakaya/restaurant in Susukino doesn’t have a table charge and lots of people are saying the food is nice. :)  011-211-6919. I haven’t been there yet but will try and check it out sometime next week.